How did you start to teach world geography to your children?  One of our first ways was using an inflatable beach ball!  This is one of the first games Tristan and Kallista enjoyed after we grew a lawn. 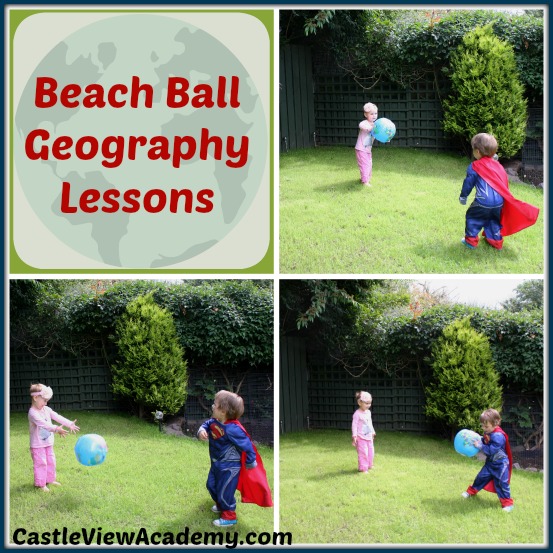 I had signed the children up to a 6-month magazine subscription during a great sales promotion, and one of the ‘bonus’ gifts was an inflatable globe beach ball.  I could see this toy being used in our home so this is the item I chose as our gift.

To be quite honest, this globe ball received much more use than the magazines themselves!

The children played with the ball both indoors, by rolling it across the floor to each other, as well as outdoors where they could be more active with it.

To begin with, I showed the children the globe and where upon it we are.  Then we found were my parents live over the Atlantic.  We found the place my sister lives, too.  They also searched for Japan and a few other locations.

I introduced the children to the equator, the continents, and how the time zones work.  They actually grasp pretty well the time zone information – and can now even figure out the time it is in Canadian CST and GMT!  I think that’s amazing. 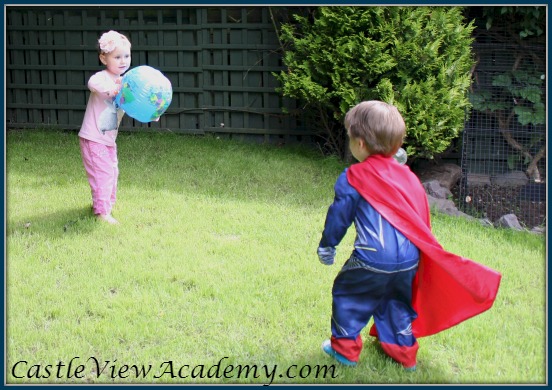 We enjoyed playing a simple game of catch with the ball.  Because it was big and light in weight, it was easier to catch and throw for smaller folks.

Then I introduced a game I used to play with my Japanese students as a warm-up in class.  We tossed the ball to each other, but before you could toss it, you had to holler out the name of a country.  If you dropped the ball (or the timer buzzed – sometimes I’d use a timer for more incentive) then you were ‘out’.

This ball has since sprung leaks that could no longer be fixed, but we’ll still play this again this summer because it’s so fun.  Thank you to my parents for providing two new beach balls for the kids to play with!

To increase the level of difficulty as we learn more about world geography, we can add some additional rules such as: 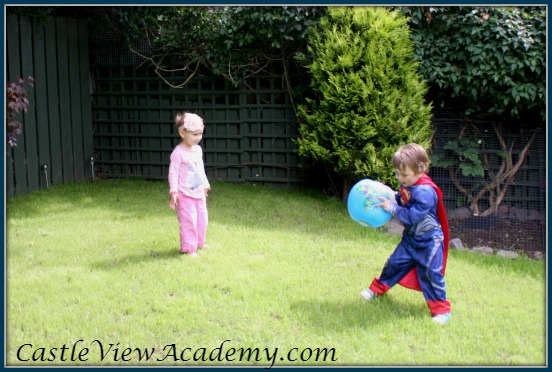 We’re going to do a lot more learning about geography this summer, what do you do with your children to help them learn about it?  I’d love to hear about your ideas in the comments!