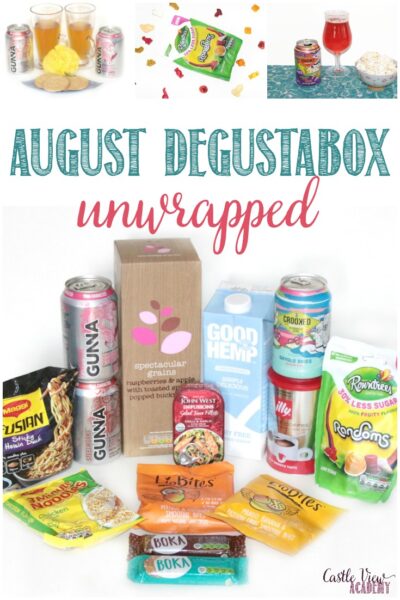 With five Wednesdays in August, it felt like our monthly Degustabox arrived early as there was still plenty of month left.  This month our town had it’s annual summer festival, lasting over two weeks, and I was out with the children almost every day going to one or two events.  It’s been a tiring month, and finally I have a couple of days to just sit and chill and feel a bit pampered with a new selection of treats to try from the August Degustabox.

Don’t forget that this month Degustabox also has a competition; share your picture of an item from their Breakfast Club on Instagram for your chance to win an October Degustabox. 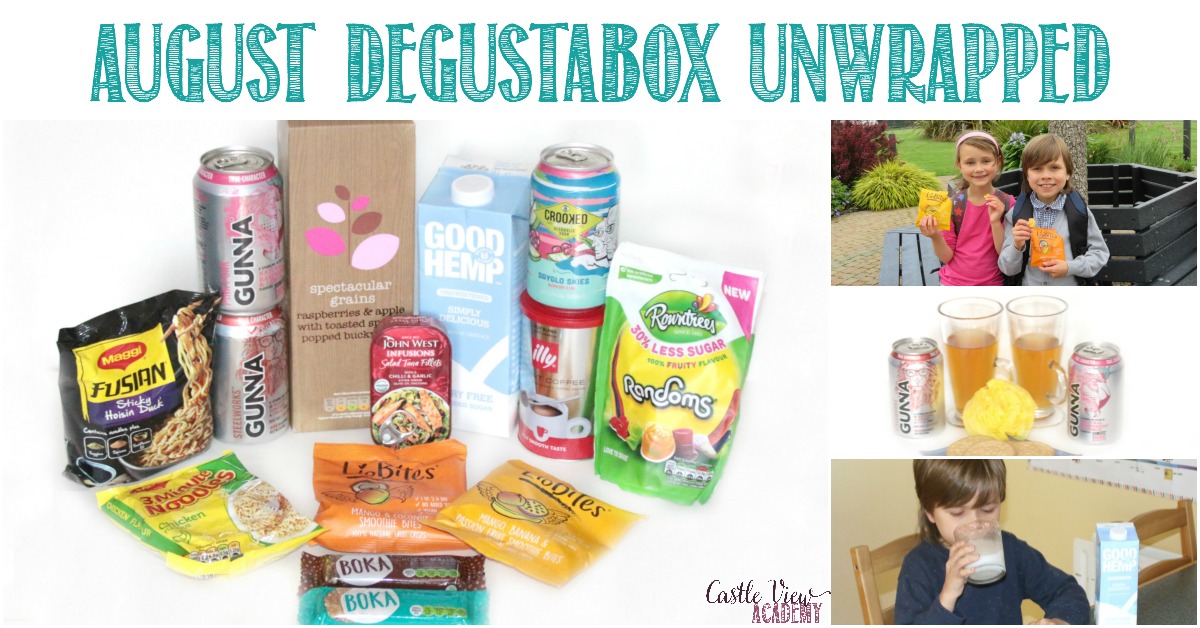 Let’s start with the contents of the August Degustabox before moving on to our top picks.  Each monthly box contains between 10-15 products; some aren’t yet available in the shops which gives you the first chance to try them out!  The short version of this month’s box is that there are 14 items; 5 beverages, 5 snacks, and 4 meal items.  The long version is…. 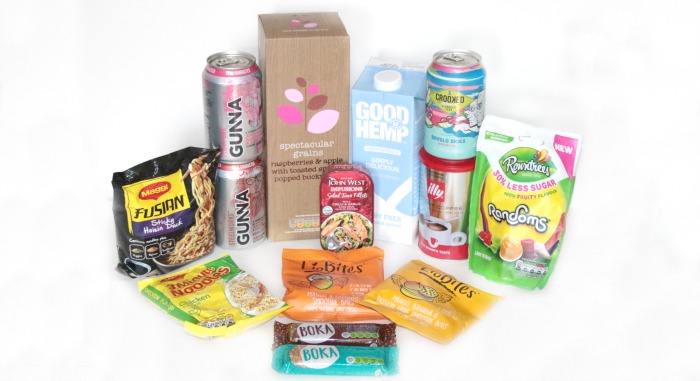 Rowntree’s Random’s 30% Less Sugar Pouch was a pleasant surprise.  I’m not a fan of Randoms; mainly because I don’t particularly like gummy candy that has the white or opaque gum as I much prefer the transparent type of gummy candy.  However, with the randoms, there is something in there for everyone so it’s a pleasure to share.  Personally, I think Rowntree should make all of their gummy candy with this 30% less sugar recipe as it is more flavourful, and dare I say, it tastes sweeter because you can taste the flavour, and not just sugar.

Two Boka Bars were in the August Degustabox.  The first flavour we tried was Choco Mallow, which was quite sweet, even though the traffic light system labels it as green across sugar, salt, fat, and sat fat.  It was chewy with a touch of cocoa flavour and a subtle hint of marshmallow, although there aren’t any marshmallows in the bars.  The second flavour was Apple & Cinnamon, and was also very good, and perhaps my favourite of the two.  It reminds me of the granola bars back in my Girl Guide camping days, but this is more light and chewy.  Kallist had no trouble knowing what the flavours were just from tasting it and having a guess. 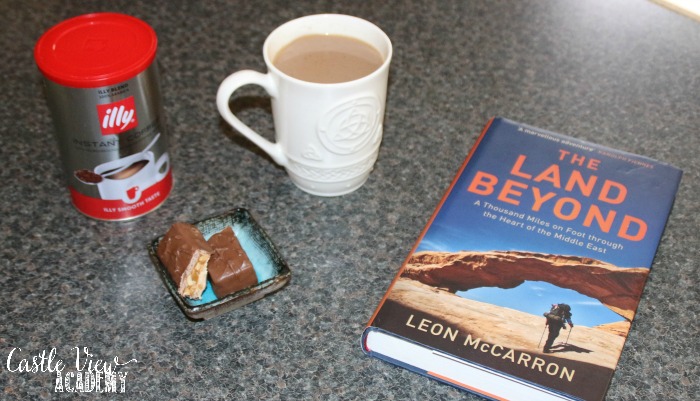 The illy Instant Smooth Taste coffee arrived a bit banged up and dented, but of course that doesn’t affect the flavour of the contents (but it does mean that we won’t be able to upcycle the tin).  Phil is more of a coffee connessieur than I, although I do have a cup now and again on a rough afternoon.  This past week I’ve been so tired, so this arrived at a good time.  Phil made me a cup to take to the kids’ Ju-Jitsu training.  It has a smooth taste, and isn’t curl your eyelashes strong.  I grew up with much stronger coffee than Phil did, so this suits Phil well.  He’s asking to take the tin to work to keep in his desk for when he needs a pick-me-up from the humdrum of paper pushing. 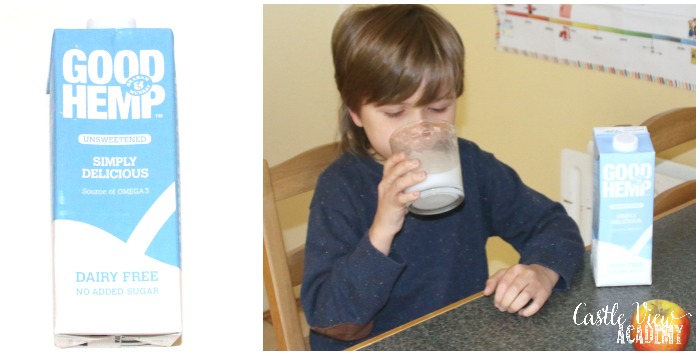 Tristan is always very happy to see dairy-free alternatives in the Degustabox; this month it is Good Hemp Unsweetened Dairy Free Drink.  He finished up what he had on the go already, and started this drink.  Tristan says that the flavour is familiar to him.  He has so far had it in his cereal and as a drink with his meals.  It was gone almost before I was able to snap a photo of it.  Yes, I do believe Tristan enjoys it. 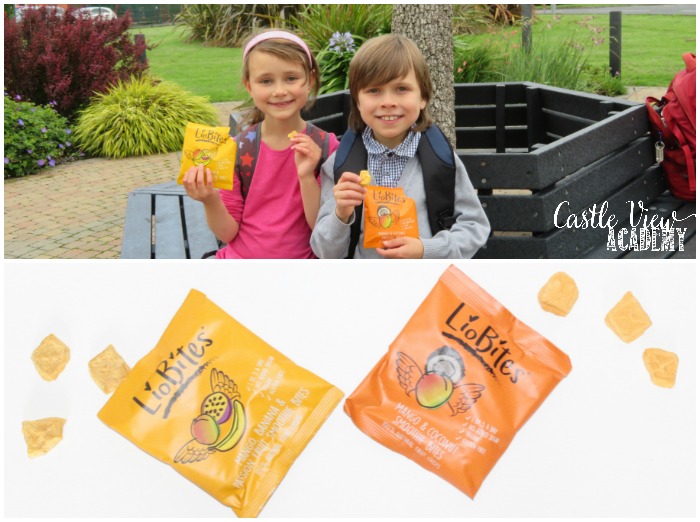 LioBites Smoothie Bites were included again this month (they were in the April box) . This time we received 2 flavours; the first was Mango and Coconut, which wasn’t my favourite as the squares were quite soft and tended to melt in my mouth and stick to my teeth.  The second flavour was Mango, Banana, and Passion Fruit, which I enjoyed more because it was crunchy and more reminiscent of dried banana chips with added flavour.  Each of the kids liked a different flavour, so this worked out well for them!  These Smoothie Bites aren’t the prettiest snack food, but are a healthier alternative to many usual snacks for children. 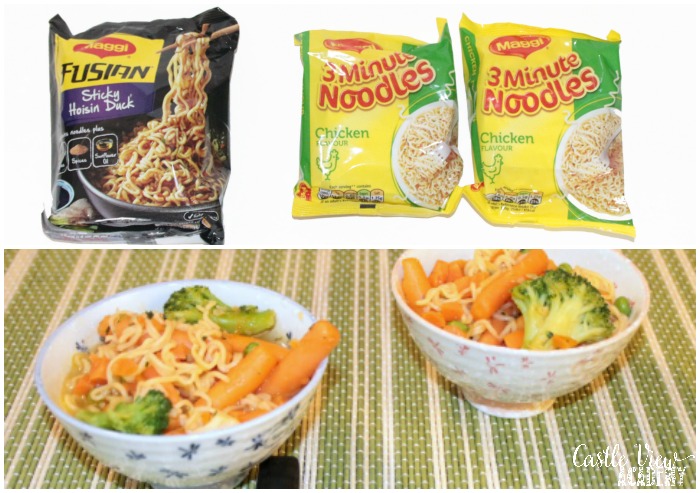 We received Maggi Fusian Sticky Hoisin Duck Noodles previously as well.  Phil likes these cooked up with water for a lazy lunch on a weekend, while I prefer them tossed up in a stirfry (check out my stir fry recipe here).  These are larger packets of noodles, so there is plenty to go around.

If you didn’t receive the Maggi Fusian noodles in your box this month, you’ll have received two packets of Maggi 3 Minute Noodles, which are smaller – perfect if you’re eating on your own.  Dad was the king of noodles in his working days and regularly had them for lunch at work where they were easy to pop into a mug and just add boiling water from the kettle. 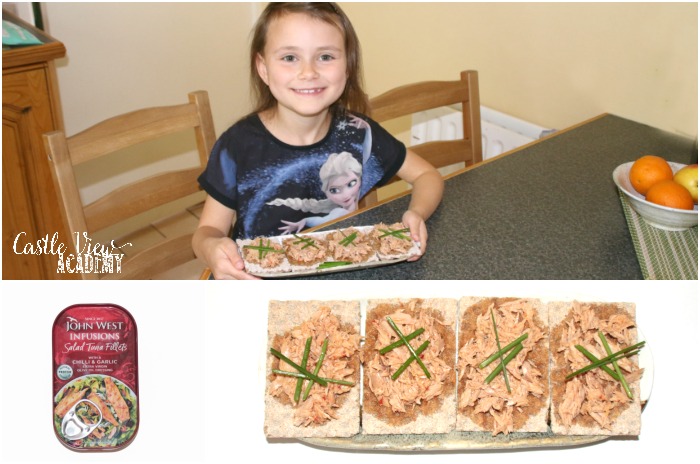 Like many, I tend to stick with what I know (and I love that Degustabox introduces me to new foods!), but this month our tuna fish sandwich is a little different.  We’re using John West Infusions Salad Tuna Fillets.  We received the Chilli & Garlic dressing flavour; we turned it into a Wednesday lunch by enjoying it on a crisp bread with some green onion the children cut fresh from their garden along with a bowl of carrot soup. A few veggie sticks on the side, and it was a quick and easy meal. 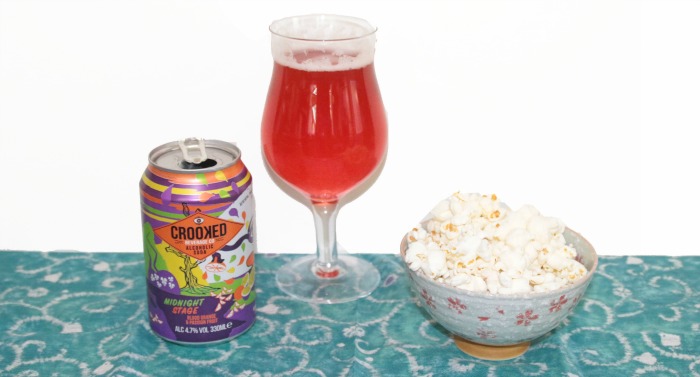 It’s always interesting to see which alcoholic drink is included in our monthly Degustabox.  This month it was Crooked Beverage Co. Alcoholic soda in blood orange and passion fruit flavour.  As you might expect from the name, it was a bright red-orange colour, and full of fizz.  It was slightly on the tart-sour side, but sweet at the same time.  I think I enjoyed this more than Phil, although I don’t think it’s necessarily something I would purchase in the future.

Phil and I tried out the Gunna Craft soft drink in the Steelworks flavour of ginger and cola.  It was an interesting blend; not too fiery, and just a hint of cola.  I’m still a little on the fence as neither flavour was taking charge, but Phil really enjoyed it. 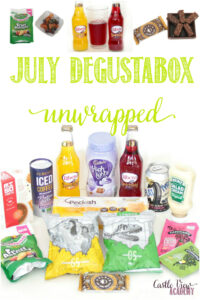 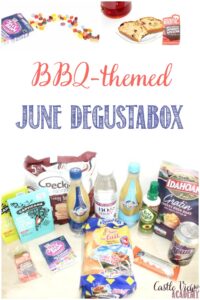 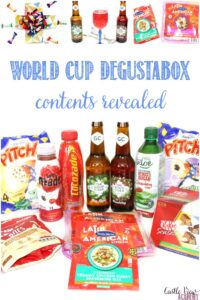 Previous Post: « All About Korea: Stories, Songs, Crafts And Games For Kids
Next Post: 10 Things To Do In Belfast In September With Kids »