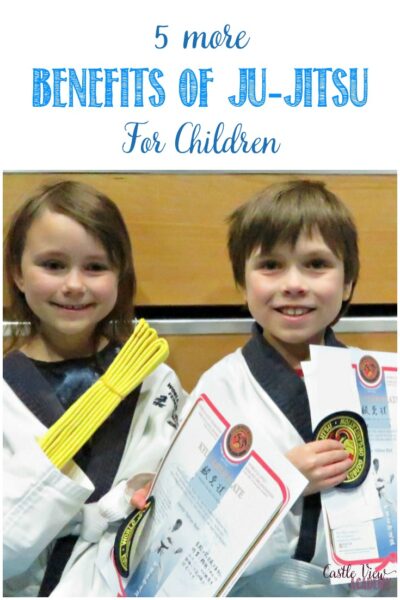 Not very long ago I wrote a post about some of the positive things we’ve seen in our children since they started taking weekly Ju-Jitsu classes.  Just a couple of weeks ago they tested for their yellow belts and were successful!  We were extremely pleased when Tristan told us the comments the tester gave to him and his sister during the class, too!  I still struggle about sending my kids to a class where they are taught to fight; but the emphasis is really on how to defend themselves, as well as the character building and other Ju-Jitsu benefits for children that we see happening in the background as a result of their training. 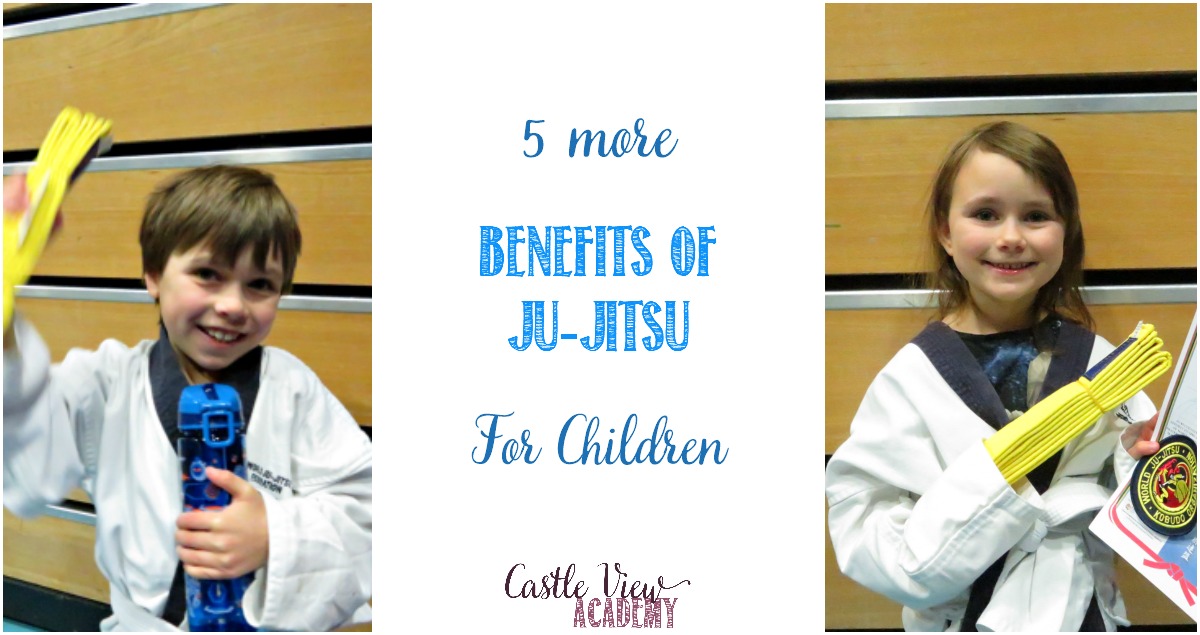 Our children are small for their ages; and regardless of that, I’d like them to feel more self-confident when out on their own than I did and do.  I do not advocate violence at any time, but knowing how to protect yourself should you be in a situation that warrants it is a good thing.  Ju-Jitsu not only concentrates on kicks and punches, but also on floor grappling, which at times is a more realistic skill to have.

The children are learning more responsibility.  They are responsible for their own gi (uniform).  They make sure it goes in the wash, they hang it to dry, they are sure to keep it tidy and have it on and be ready to go on Ju-Jitsu nights.  They need to plan ahead and help make sure dinner is on the table early and not complain if we need to eat before Phil is home from work.  They are responsible for their own practicing, too, if they want to progress.

In addition, they must be responsible for their own behavior.  They are usually very good, but they are learning through observation that if they aren’t responsible and respectful that sensei won’t put up with it and they will be sent off the mat, they may not be allowed to go for their next testing, and bad behaviour or disrespect may go into their Ju-Jitsu passport and be recorded permanently.

READ MORE:   Could You Use a Homeschool Rescue?

One thing so many people hear about is that kids are bored, there’s nothing for them to do.  I’ve heard it many times that having a hobby and something positive helps keep teens out of trouble.  Those on school and university sports teams, are a good example (for the most part).  They ‘behave’ to keep themselves in good shape and on the team.  They have an ‘excuse’ not to drink, do drugs, or get up to mischief.  Our kids aren’t yet at that stage (and of course, we hope that we’re teaching them to be true to themselves and how to listen to their own conscience), but we won’t always be around.  So let’s set them up for the best future we can before they hit that stage of life.

You know that I love Japan and want my family to learn about its culture and history.  Ju-Jitsu is one way of doing this.  They are learning a sport that originated there; they are learning a few words, they are learning about respect (which is much more prevalent there than in Western society).  Little things like bowing to sensei, not walking on the dojo/mat with shoes, and the way their gi is made all contribute to the ways of Japanese life. 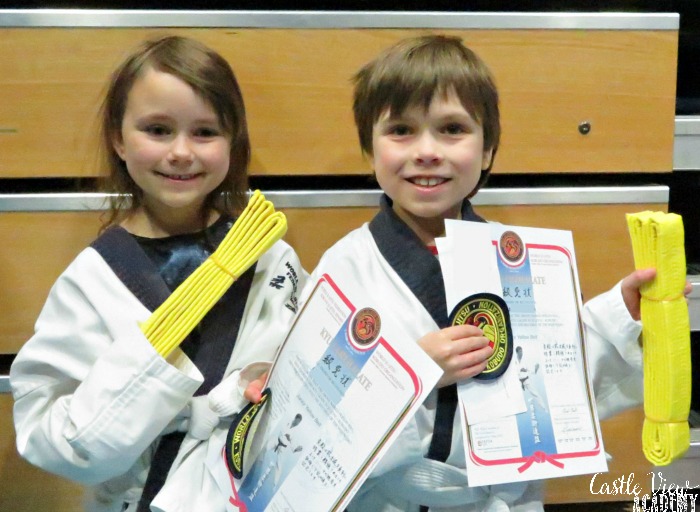 They have worked hard for their white belts.  Prior to last January they weren’t able to do a forward roll.  Silly, but true.  They tried and tried, but just couldn’t get it.  They worked hard in class and at home and finally succeeded the week of their white belt test.  They wouldn’t have passed their test if they couldn’t do it.  Now it’s one of their favourite things to do – forwards and back.  They have learned that through determination, and plain old fashioned practice that they can go from not being able to do something, practice again and again, past the point of frustration, and be successful at it.  This lesson is being transferred to other areas as well.

There are even more benefits to martial arts, and we’ll explore more of these another time; perhaps after their next grading.  If you would like to share any benefits you see in children learning martial arts, please share them below!